The Prince of Soul and The Lighthouse is a comic sci-fi novel set in New Zealand. It follows the adventures of George Larson, a high school student who discovers that he may be responsible for the imminent end of the world, and is the only person who can prevent it. More importantly, though – does Kaisa like him, and is there any chance that his recently resurrected zombie grandfather will just accept that he's, in fact, dead and let George get a decent night's sleep?.

"Swedish he may be, but Brounéus comes perilously close to having written the great New Zealand visionary fiction novel... a rollicking adventure - humorous and as exciting as an Indiana Jones escapade." – Sunday Star-Times

"Along with irreverent footnotes and quirky sense of humor, The Prince of Soul and the Lighthouse is a blend of spiritualism, thrills, zombies, metaphysics, secret agents, revelations and albatrosses. It’s an unusual book, and not one that’s easily forgettable." – Fantasyliterature.com

“A funny, exciting and fast-paced tale... An excellent read, and the climax is a cracker.” – Dunedin Star 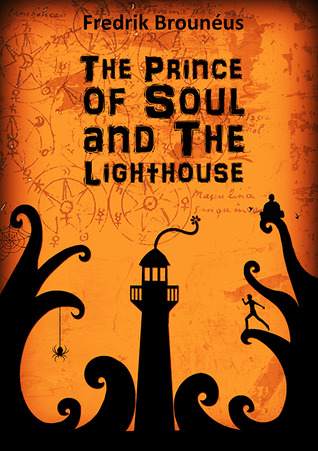