What do you do when you’re the greatest rock star of all time and the whole world thinks you’re dead? And the only friends you have are a groupie who knows the meaning of life (but refuses to tell what it is), a roadie who – sick of life – lies down in a meadow and won’t get up again, and a yoga guru who suddenly takes off with the minivan and the money. And a hypersexual collie. Danny realises that something needs to be done. But what?

What makes ”Yoga för rockstjärnor” so irresistible is in part its disarmingly unpretentious tone, in part its even more unpretentious attitude towards life, along with the mildly mad humour that pervades throughout the book. It is absurd, surprising, heart-warming and philosophical, not without its darker moments ... a true feel-good novel; a modern tale free of banality! - Nerikes Allehanda

Laughs are not far between in Fredrik Brounéus’ debut novel, and its quirky cast of characters with yoga guru Karmayogi who steals the van and all the money, and the disillusioned groupie Wilma as opposites of the ex-girlfriend Julia, lives long after the end of the book. Engaging and easy to read, but far from trivial. - Groove 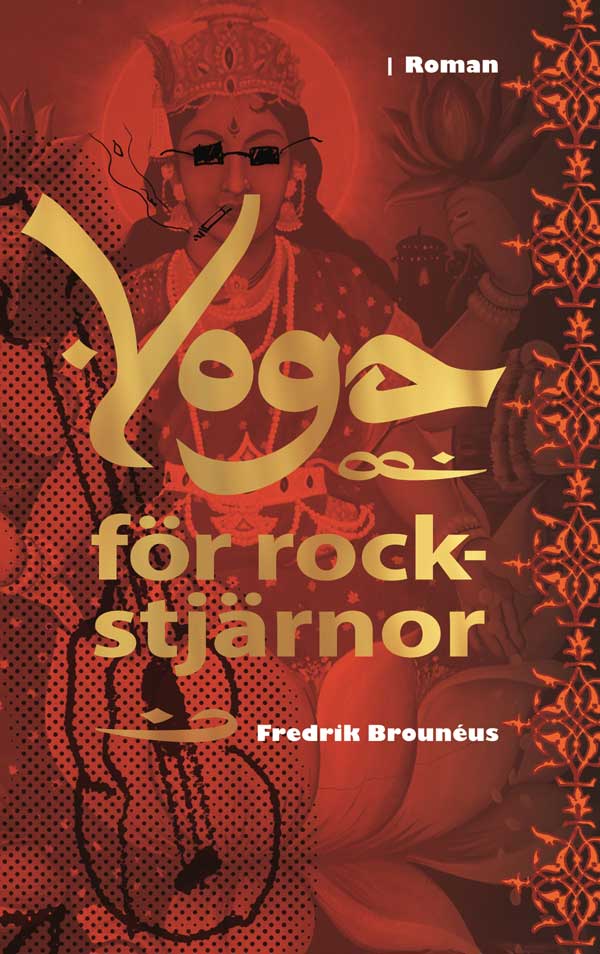